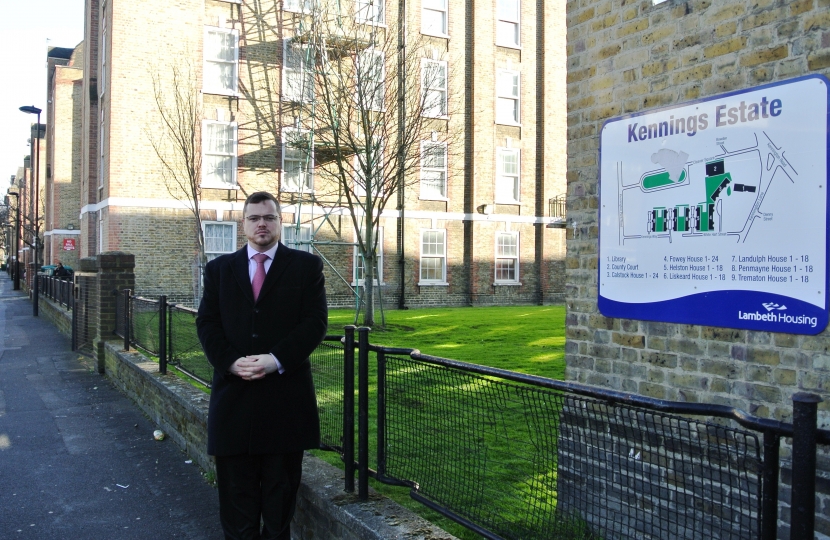 Local Conservatives have selected Gareth Wallace as their candidate for the Princes ward by-election, which is being held on 7th May, the same day as the general election.

Gareth has been a Lambeth Resident and a Leaseholder since 2005. He is an experienced charity worker and advises government on policy to combat homelessness and problem gambling. He is also a night Pastor in South London. Gareth has been active for many years in campaigning for residents on Lambeth’s estates to get a better deal from the Town Hall. As chair of his estate Tenants and Residents Association, he has successfully raised issues with Lambeth including road maintenance and council block major works repairs, whilst he also attends Lambeth’s leaseholder forum on behalf of his residents. If elected as your local councillor, representing properly the residents of local estates will be a priority for Gareth. Upon his selection, Gareth commented:

“Prince's Ward is a fantastic community right at the heart of South London. However like anywhere in our great City it has its challenges and needs proper representation with councillors who can stand up to Lambeth and be unashamed champions of our area. If elected, I pledge to be that representative, championing Prince's tenants and leaseholders in Lambeth Town Hall, and standing up to all Lambeth plans which do not work for our communities.”