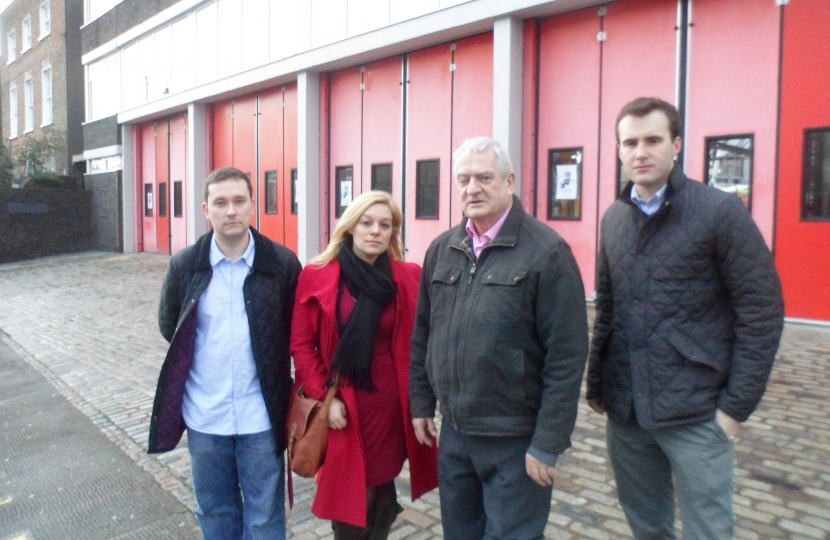 The Clapham Action Team have spent many man-hours on the streets of Clapham, getting signatures for the petition we instigated to save the Clapham Fire Station. We have received a warm response from the residents, who are pleased to see we are focusing on such an important local issue.

To underline our stance, the following press release was published by the South London News:-

"We wholeheartedly condem the proposal of the London Fire and Emergency Planning Authority to close Clapham Fire Station. We share the concerns of local residents that lives will be endangered by increasing response times and stretched resources. We will continue our campaign to prevent this appalling proposal from going ahead, working with residents and local groups fighting this ill-judged and dangerous proposal"

Bernard Gentry, VCA Deputy Chairman of Membership and Finance, was also quoted in a later article:-

"My Conservative collegues and I are very happy to work with Kate (Hoey) on this issue. This is clearly an important issue which impacts on the people of Clapham. However, closing it will also affect Wandsworth and Battersea and the mainline and Underground station in the area. The tragic events of last week show we need these facilities, so it makes no sense to close the station. However they are only proposals and it's up to use to make a case for these facilities to remain".

We welcome further support from our members, and if anyone would like to get involved in the campaign, then please get in touch.