Sarah is a member of the Executive and the former Prospective Parliamentary Candidate for Vauxhall in the 2019 General Election.  Starting at the age of 9 years old helping deliver leaflets for her father in a Council by-election, Sarah has been an active supporter of the party through canvassing, fundraising or general activism.

Sarah grew up in Rutland and went on to read Modern History at Oriel College, Oxford, after which she moved to London for her Law Degree. She began her training contract at a Magic Circle Law firm in 2012, qualifying as an Associate into Commercial Real Estate in 2014, before moving to a Mayfair based firm in 2017 where she is now a Senior Associate.

In her spare time, Sarah loves music, drama and travelling and enjoys volunteering with a fantastic charity In-Deep (a Westminster based charity) which provides music therapy for children with Special Educational Needs and Disabilities and lunches for the over-50s to help prevent loneliness.

Sarah has run a half-marathon in Austin, Texas. 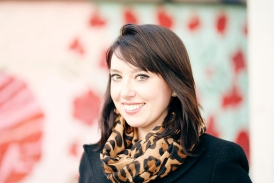