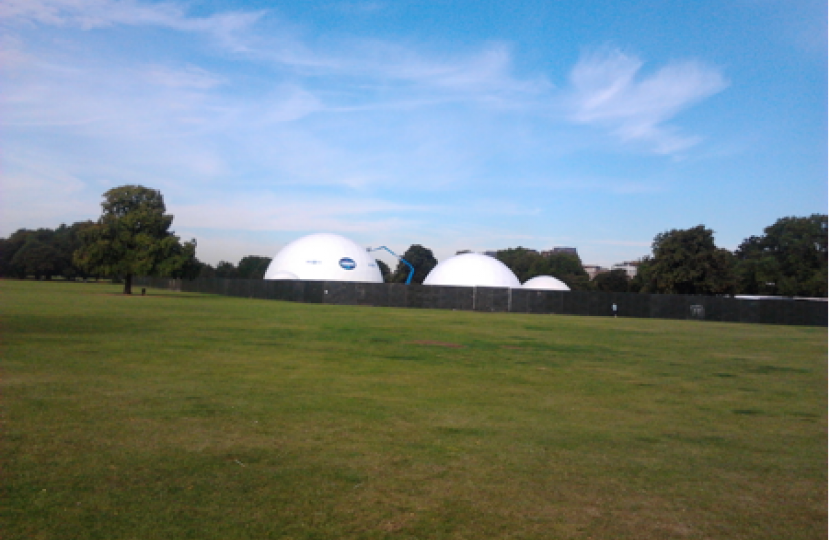 After a campaign by residents, local and national societies and conservative councillors , Lambeth Councils planning committee refused permission for buildings to be erected on Clapham Common by Sky television.

As objectors pointed out Clapham Common is common land and comes within the provisions of Article 12 of the Ministry of Housing and Local Government Provisional Order Confirmation Act 1967.

This requires that the consent of the Secretary of State for Environment, Food and Rural Affairs is obtained for any buildings or other structures on the common, temporary or permanent, before the building or structure is erected. However the buildings are in place and there is little evidence of Lambeth taking any enforcement action to have them removed.

“Lambeth need to take action at once to have these buildings removed and have the common returned to open space” said Cllr John Whelan.