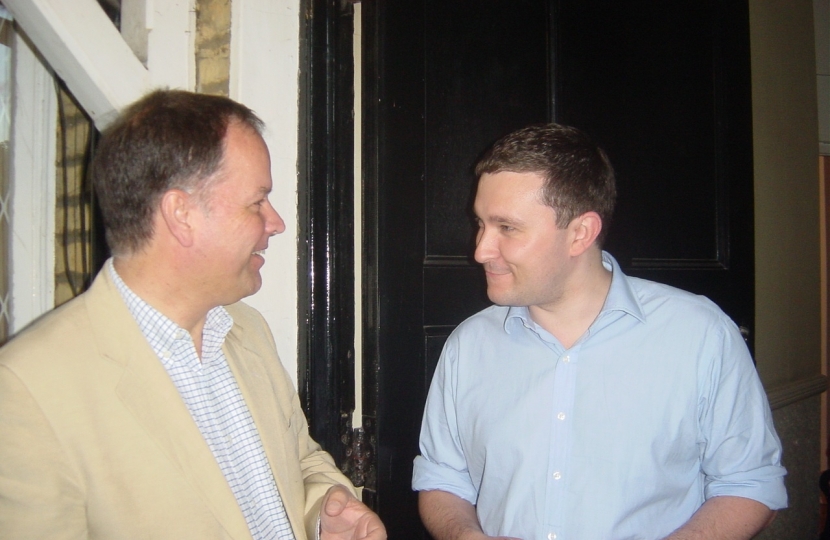 Cllr Michael Mitchell gave a forceful speech on the themes which will dominate the election campaign in the lead up to Thursday 3rd May, at last night’s constituency AGM.

“Boris Johnson has a proud record of delivering on his promises in his first term as Mayor of London.  The Mayor has two main responsibilities, for the Met Police and TfL.

Under Boris’s mayorality crime has come down, there is no disputing that.  What is really impressive in a time of tight financial resources is that there will be about 1,000 more police employed by the Met in May 2012 than there were when he started 4 years ago.

On transport, Boris has attracted record investment.  Vauxhall residents are benefitting in many ways.  The upgrades to the Victoria and Northern lines will mean 20% faster journeys and 20% more capacity.  One of the first cycling superhighways passes through Vauxhall and the “Boris” Barclays bike scheme has been so successful it is extending across the constituency.  The completion of the East London Line extension by joining Clapham Junction to Surrey Quays has made getting around London much easier as well.  We all welcome Boris delivering on his pledge to banish bendy buses from our roads.

All this has been done whilst holding the Council Tax down.  An average Council tax payer ended up paying an extra £1,000 for 8 years of Ken, 4 years of Boris has cost nothing additional to hard pressed taxpayers; what a contrast.”

Michael then went on to compare Boris’s delivery of his promises compared to his predecessor’s brazen disregard for honouring his.

He concluded by saying “This is undoubtedly going to be a tough fight, but working together I know we can plan our full part in getting Boris re-elected.”

Michael talking with a Clapham resident during a campaign session